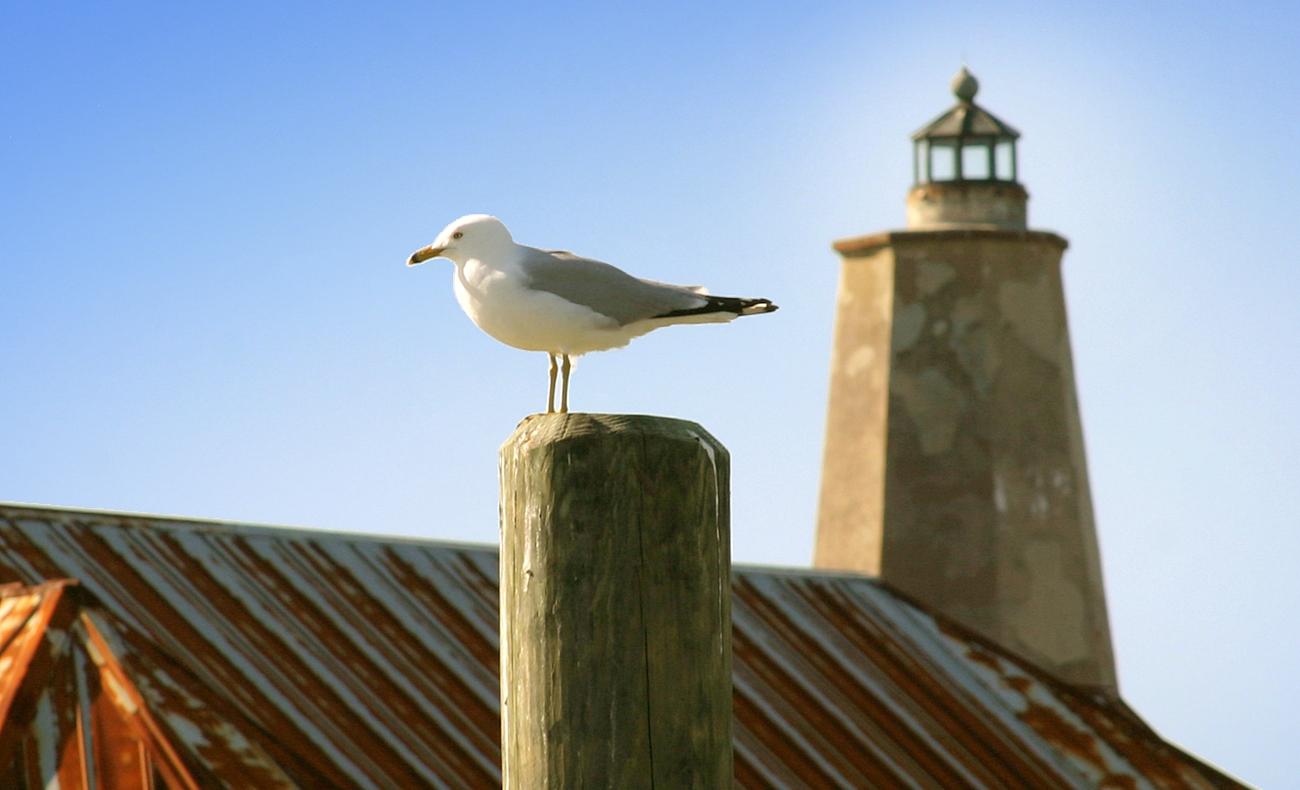 The Lighthouse was built 110 feet high (34m) with an octagonal shape narrowing towards the top. Made out of brick, the width of the walls at the bottom of the lighthouse is 5ft and then tapers to 2.5ft wide at the top, housing the ability to withstand the elements. The unique pattern of the lighthouse is due to different types of mottled stucco plaster covering the brick construction. In 1817, Old Baldy was a completely white color, but after the discontinuation of the lighthouse, stucco chunks started to fall off the outside of the building, and they were fixed using a different color stucco. Therefore, the different types of stucco covering the brick construction give old baldy the captivatingly unique color it has today.

Old Baldy only provided warning to ships coming the west side of the island and another tower, Cape Fear Light, was located on the southeast side of the island providing warning of The Frying Pan Shoals. Due to the building of the Oak Island Lighthouse in 1958, both lighthouses located on Bald Head Island were deactivated in 1958 in order to help confusion; the Cape Fear Light was demolished and Old Baldy was left to the elements.

Then in 1975 Old Baldy was added to the National Register of Historic Places and received money for the restoration of the lighthouse. Since then, Old Baldy has been open to the public and has the ability to climb to the top using the spiraling stairs where you may experience an astounding view of the Island. Paired next to Old Baldy is the Oil House, which held the oil and tools needed for repairs while it was in operation, and for a short time during WWII it was used as a radio station for the USCG.

A Smith Island (name prior to Bald Head Island) Museum has been built next to Old Baldy containing a recreation of a light keeper’s house circa the 1850’s containing artifacts of the lighthouse and its light keepers. Admission to the Museum and Lighthouse are available in the museum for Adults ($6), Children ($3), and Infants (free). For more information or to donate to Old Baldy, please visit Oldbaldy.org.