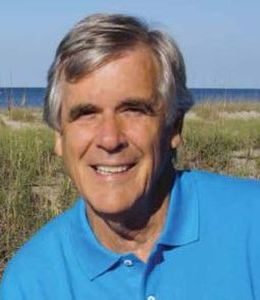 It's Always A Beautiful Day On Bald Head Island!

Kirby joined the WWP team in 2011 after a very successful 20-year  career in real estate in Cary, N.C where he was in the top 2% nationally with Prudential Carolinas Real Estate, winning many awards for his achievements.  In addition to residential sales, he also helped develop and successfully market subdivisions in that area.

A graduate of East Carolina University, he was previously employed with E.I. DuPont de Nemours,  Inc. in Wilmington Delaware as well as with Carolina Power & Light Co. and Prudential Real Estate. Kirby grew up in Rocky Mount, N.C. and has also lived in Media, PA and Stratford, CT.

In 2010 he moved to Bald Head Island with his wife, Debbie, to become a full-time resident. When Debbie and Kirby visited Bald Head in 1996, they bought property knowing this would someday be home.  He and Debbie have 3 children; Hannah in Venice Beach, California; Tyler in Charlotte, North Carolina; and Michael Kirby in Philadelphia, Pennsylvania.  They also have three wonderful grandchildren; Jack, Finn and Noah.

see my listings see my open houses
"Once an Islander, always an Islander…let me introduce you to your final destination."